‘The Other Side’ – SZA, Justin Timberlake Music Video 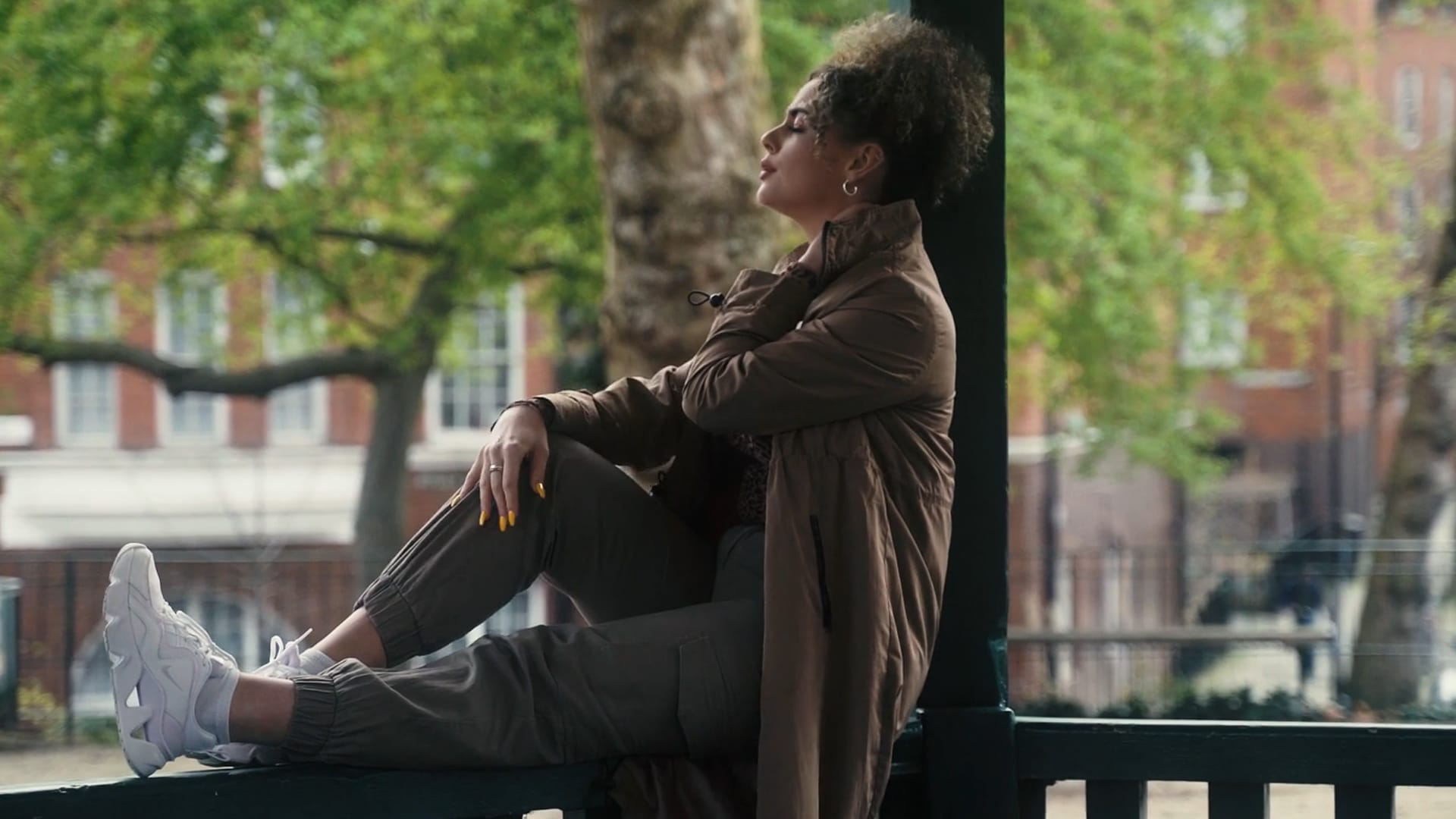 Breaking Down: ‘The Other Side’ – SZA, Justin Timberlake Music Video

The joy of creating a music video is that it can be absolutely anything your heart desires, and can be made in so many different ways. Three music videos which capture this variety well, are three of the most popular from March 2020. Blinding Lights from The Weeknd uses a huge range of camera angles and different scenes to construct a story that can be interpreted in many different ways, potentially referring to a man getting carried away by his way of life, and at the end recognising this. Stupid Love by Lady Gaga shows that with enough planning, you can film an amazing music video, even with just your phone. Along with these major hits of music videos, with 10s of millions of views of YouTube each, is The Other Side, by SZA and Justin Timberlake.

Even with the flashy look and stunning visuals of this video, it can actually be an example of how a video with a simple concept can turn out as something amazing to watch, and is an example of how several of our music videos have been shot. First of all, is the transition between shots. Throughout the music video, you may notice that rarely does a shot last longer than a second, and in fact from the first chorus onwards, no shot will be shown for longer than 4 beats at a time. This results in a more visually interesting experience for the audience, as there is always something new to be watching.

Along with these transitions, there are several times where the lead singers will continue singing into a different shot. While it might seem like meticulous planning went into exactly what words would be sang in a certain area and at a certain angle, this is more than likely not the case, as this would take a large part of time for such a small portion of footage. Instead, it is likely that the song will have been performed in these different areas in full, or at least a large portion, like the chorus. In this way, during editing, it gives the ability to swap between these areas, and lead to the visually impressive segments you can see throughout.

These also splice in well with B-roll footage, such as Justin fixing his hair, kicking the camera, or dancing along to the beat of the video. B-roll, while initially seemingly unimportant, can be crucial during the final edit, as portions of video that may be uninteresting in longer lengths, can be cut in different sections, but relevant pieces of b-roll helping to bridge across important shots.

A standout feature of this video is definitely the shining visuals, the silver sparkly suit of SZA, the set design background where a majority of Justin’s dancing takes place, and the turntable SZA can be seen lying on several times throughout the video. You can also see a fish eye lens being used several times throughout the video, as if the dancers are looking into a CCTV camera, and diamonds being thrown about several times towards the end of the video. This helps the video stand out amongst other videos releasing, and can really help in structuring how the video is filmed as well. The video is grounded in this theme of shining diamonds, and this overall can help the end product be as visually stunning as The Other Side.

As a final takeaway from this music video, it really shows how a music video can look great, and be visually interesting to the audience, whilst not being overly complex or a deep story. While these types of video are also great and immensely satisfying to watch through, they can also take months of work, and may be confusing. The Other Side uses shots taken from several different scenes, b-roll spliced in to break up long parts of the same scene, some distinct features such as the fish-eye lens, and the central them being diamonds, and combines these together with smooth editing, and a few effects for a final touch, in order to define itself. The set design alone would have been a trciky and unique build and they probably spent alot of budget and time on this aspect. So keeping the performance element simple would have been key.

If you are shooting a low budget music video, achieveing this look may seem impossible. Set Design can go into the 100’s of thousands, but you can create something either in a green screen studio or hire a studio that has interesting features to look like a higher production value.

We sometimes get to play with set design even on low budget productions, here is a great example of a studio we hired that came with all the props and all we had to do was dress each scene:

This type of video we can produce for around the £5k mark, you can check out our other productions here: https://www.budgetmusicvideo.co.uk/portfolio/

So wether you are an independent artist or a signed artist, you should be constantly analysiyig the current music video trends and styles to help encourage your ideas to stand out and be unique. Most artists have lots of ideas, but the biggest issue is budget. If you cant afford the budget, its sometimes better to keep to a simple idea. Hope this article helps and you have fun filming!

← Prev: How to make a music video on a low budget? Next: Stock Videos for Business Promotion → 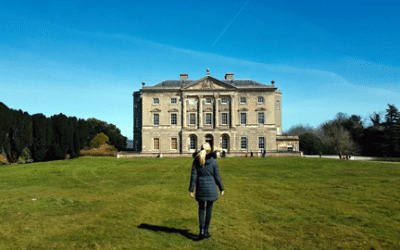 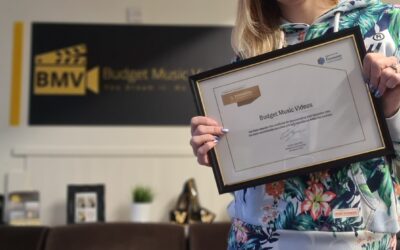 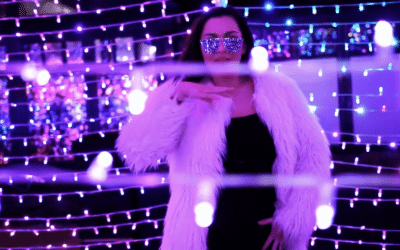 Google
Highly recommend Budget Music Videos. I recently worked on one of their shoots and had the best time! Director Loraa White is amazing at what she does - professional, extremely creative and so much fun to be on set with.
The videos they produce are second to none so if you haven't already, check them out!

Google
It was an absolute pleasure to spend the day with Loraa and watch her at work while shooting a music video for Equal Bounce. I came along to snap some behind the scenes images and felt extremely welcome and was made to feel like part of the team straight away. Loraa is unbelievably talented, would recommend Budget Music Videos in a heartbeat, very professional and creative with just the right amount of fun.

Google
This website allows you to have visuals match up to your song without hiring a film crew. They have many different themes and can edit a music video in just a short amount of time.

Google
Fabulous music videos for a good price. Easy to download and use. Great communication and solving of any issues that arise. I would highly recommend.

Google
It was a PLEASURE to work with BMV. They produced a HIGH Quality music video. I will work with them again.

Google
Extremely professional, you can see the hard work and attention to detail that goes behind every shot/frame! Hats off to their dedication and preparation.
Apart from work Lorra and Natalia are lovely people and had a blast working with them!

Google
Loraa was a joy to work with! Clear direction on set, great communication before on and post shoot, I’m expecting amazing results in the final music video edit! Would highly recommend to anyone!

Google
I really enjoyed working with Loraa at Budget Music Video. The whole team was professional, efficient & they really do make you feel comfortable on set! I’m definitely looking forward to working with them again in future projects! Definitely recommend! :)

Google
It was my pleasure to work with Budget Music Videos. The team is professional, cooperative and responded quickly; helping me to quickly put a finished video to my music!
Read more...
5
Excellent

Try Your Luck
Never
Remind later
No thanks